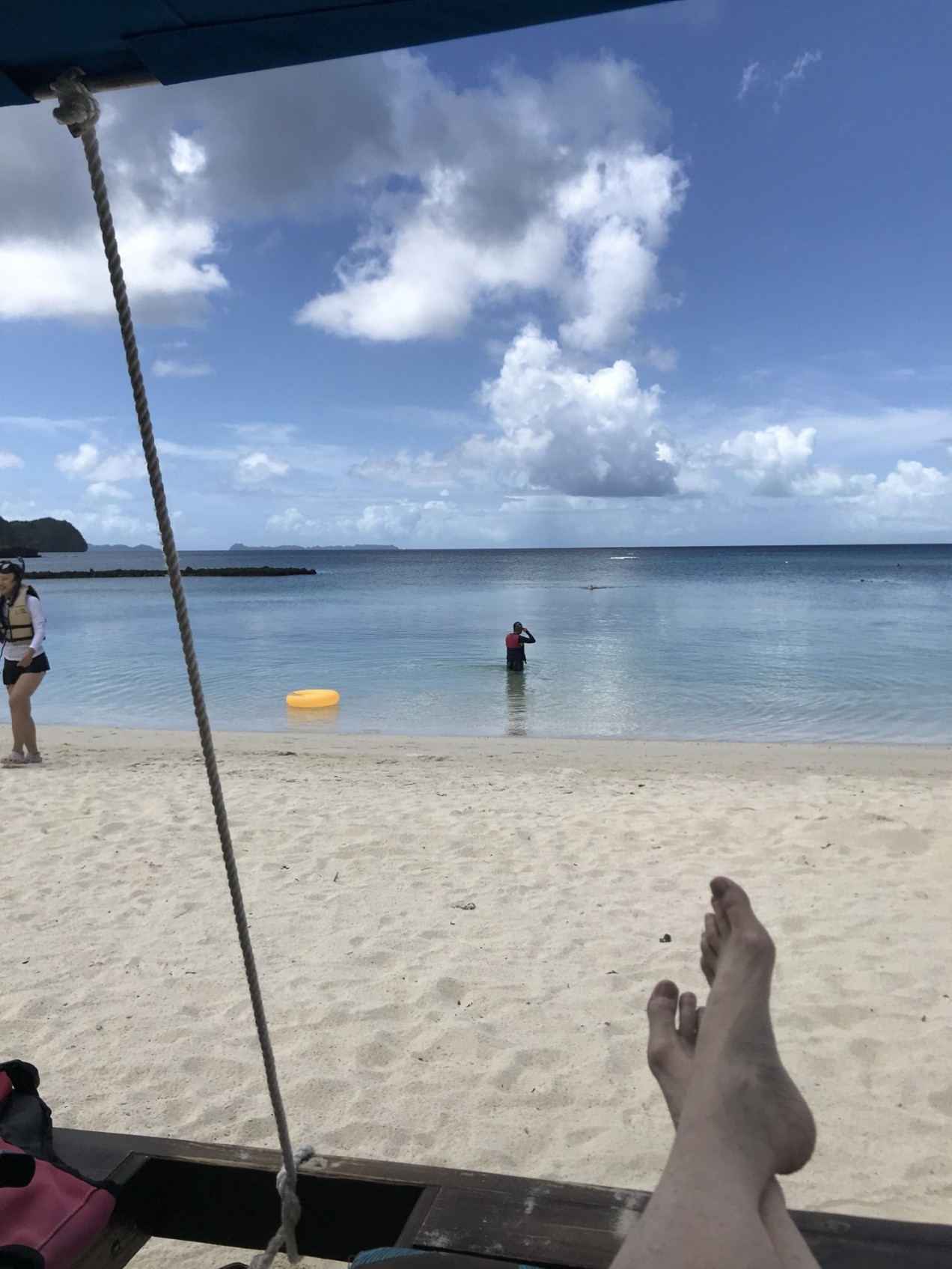 Interesting fact. More people are injured and killed in disasters like earthquakes, fires, floods, and yes, even catastrophic aircraft evacuations, not because they did the wrong thing, but because they did nothing. The military calls it “getting off the X”, and my lovely wife Debie and I very recently did just that. Not that packing up and moving 1700 miles across the heartland of America solves all of life’s problems, but in our case, it was the right thing to do at the right time in our lives.

Deb’s health issues (of which, she’s kicking major assage, and to the amazement of her doctors, is markedly improving), and our general disdain of all things winter, helped us immensely in our decision. We found that the cold (nee frigid) climes of the Wisconsin winters were a huge detriment to our physical, and mental well-beings. Funny thing, when you’re younger (20s-30s) and you slip and bust your arse on the ice, you laugh, but more importantly, you hope that your buddy didn’t get it on video thus making you the next idiot gone viral on Al Gore’s internet. However, the longer in the tooth you find yourself, the worse that kind of thing becomes. You slip, crack your head (or worse), and the next thing you know, you’re in the E.R., or prone waiting for a hip to heal. Add infection to age, and you can find yourself on a cloud, in front of a pearly gate talking to a dude named Peter. Suffice to say, it took us more than two decades to have it, but our epiphany was that we are simply NOT fans of the long, dark, cold winters above the Mason/Dixon line.

(Pat and I at “work” a few weeks ago. MSP bound for Anchorage.)

So, we “got off the X”. More accurately, we left the backwoods of Wisconsin, for the sun-drenched city of Phoenix, Arizona. Needless to say, it was not an easy thing to accomplish for many reasons. Leaving friends and family was difficult, and getting a 20-acre horse, hobby farm “strack”, packed, marketed, sold, and in your rear-view mirror was nothing short of a monumental feat! Rest assured, Debie deserves ALL of the credit…the woman is simply amazing. I’m sure that had old “Ike” Eisenhower (and his brain trust of WWII generals) been privy to all the logistics involved in our move, they would’ve been wishing for something as easy as “Overlord” and the invasion of “Festung Europa”. I was happy to do my part (OK, I bitched and whined a lot, but nevertheless), I logged quality time on the mower/weed eater, in the dirt of the landscaping, behind the power washer, and in the ugly realm of heaving the refuse of 12 years of life into one of the THREE roll-off dumpsters we had delivered…and I won’t sugar coat it…it sucked. Mix in probably the busiest flying summer of my life (read me being out of town a lot), and it made for quite the crap-laden last many months.

(Pretty sure these fellas were NOT singing my praises when moving my BIG gun safe.)

(A few hours away from the actual launch for Phoenix. The end of MONTHS of effort)

But all that has changed now. 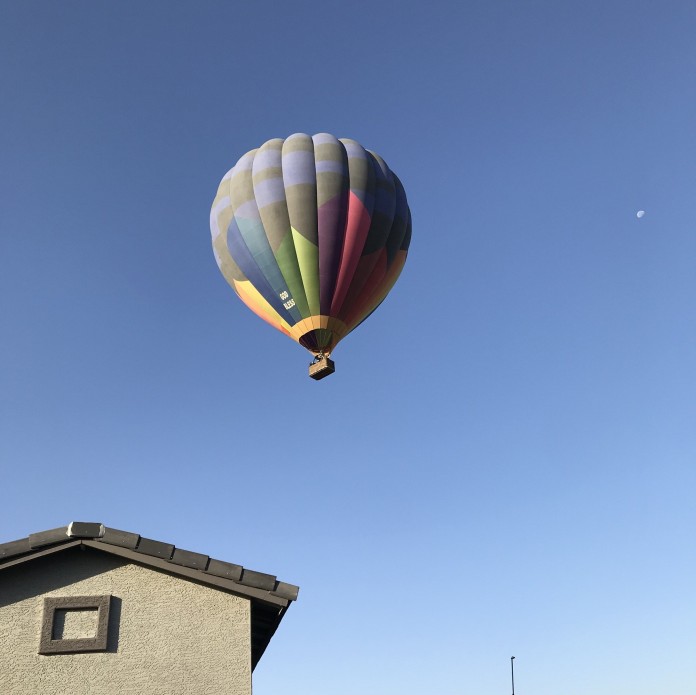 (Out walking Carson one morning, looked up to see this…ANOTHER bright blue sky, and some folks enjoying life. Hehe…and it was snowing back in Wisconsin…sorry, just saying.)

We moved into our new crib about three weeks past, and are loving every minute of it. We revel in the SINGLE LEVEL floor plan, love all the windows showcasing the (soul lifting) bright sunshine, and even have a huge hole in the backyard that will soon house a beautiful pool/spa. My plan calls for yours truly to float around in it like an old, pale, piece of sea-going jetsam (I have my eye on a unicorn floaty that was seen at Walmart as my main vessel of choice…the “U.S.S. BBall” as it were). Couple all of this with the excitement of exploring and learning about one of the most intriguing States in our Union, and we’re firmly in our happy place. 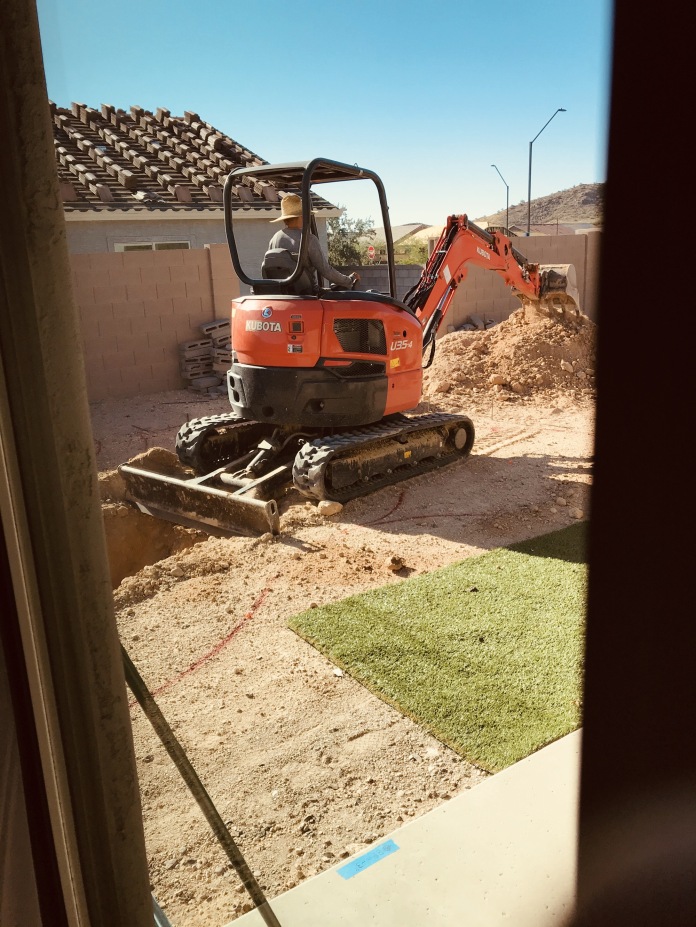 However, all of this paradise is not free. As the old saying goes, “if you’re going to dance, you gotta pay the fiddler”, and two of the small prices to pay, can be broken down into two distinctly different categories. Time and people.

I will indeed find myself back on the roller-coaster ride of “commuting” to my career. Long ago, in the first decade of my airline life, I chose to live in a city that was not one of the pilot domiciles chosen by Northwest Airlines. A pilot base in Little Rock, Arkansas (and later, when I moved to Dallas/Ft. Worth) were not part of their global business strategy, so I would have to find a way to show up in my base (first Minneapolis, then Boston and later Detroit) on the right day, at the right time. I would often leave a day early on many of my trips, ride the cockpit jumpseat (or “First Observers” seat as the FAA calls it…some really hilarious yarns about that someday), or if I was lucky, get a seat back in the cabin with the real folks. Going to work a day early sucked, but far worse was not being able to get home on the last day of your trip (or “Rotation” as Delta calls it). Another night in a hotel room, when heart and mind are miles away with loved ones, is not an optimal reading on the happy meter. However now, sensing I have but a mere 18 months before retirement, I’m pretty sure I can gut it out, and take whining about more airplane rides over shoveling snow quite easily.

(NOT the most comfortable seat in the house…but sometimes the view is rather awesome.)

The other price to pony up comes in a single word…humanity. Deb and I have been living away from the hustle and bustle of the city for many years now, and moving headlong back into a neighborhood, and a city of almost 2 million people, will take a bit of getting used to. So far, we’ve found that we truly LOVE the convenience of it all, but things like traffic (and moronic things like Homeowners Associations…don’t get me started), can tax even the most mild-mannered of “seniors” like myself. We’ll see how it goes. I do miss the quiet and solitude of the woods, but each yearly trip around the sun, when the many months of snow falling from a lead grey sky would begin, I would quickly find myself ready to trade peace and serenity for just about ANYWHERE warm. Our only real option, was for me to bid “beach destinations” (like Palau) for my monthly trip, and have Deb accompany me to work. 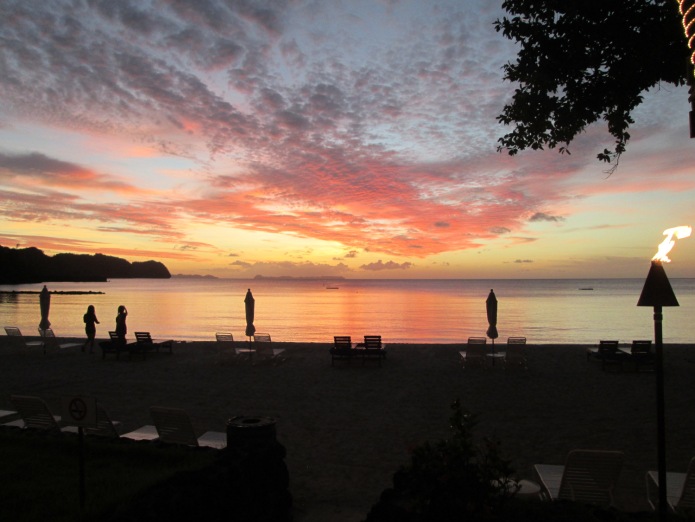 (Some shots suffering from another horrible Palau layover. Sadly, those days are gone, for my airline no longer serves this heavenly place. For us line pilots, the term “code share” make us see red.)

One final thought about “here” as opposed to “there”. The internet.

When we lived in the backwoods of Paul Bunyon and Babe, we had an “OK” internet hook up…not bad, but certainly not great. But here in civilization, we have this wonderful invention called a “fiber optic” connection (did Al Gore invent that too?). It now literally takes minutes, to download things that used to take hours. So what you say? Well, it’s actually quite a big deal (and one that’s truly vital) for a particular thing on my list of hobbies. 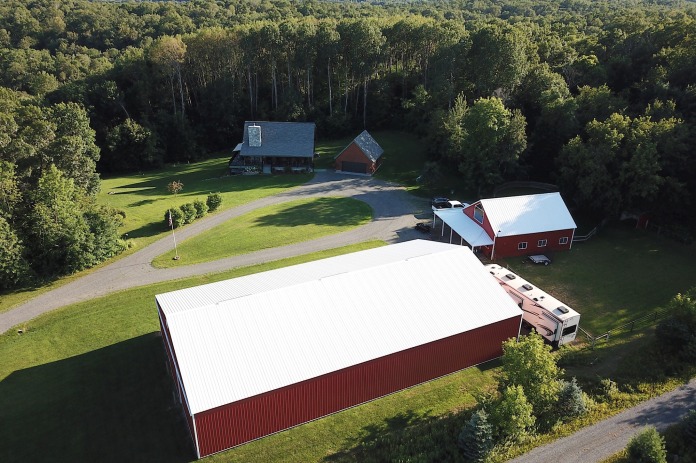 (The “backwoods” during the NOT cold days…of which, there were not enough.)

Those that suffer with my acquaintance, know that I dearly love to spend time with my lovely wife, and incredible children (and now two beautiful grandchildren). They know I  love to play golf (badly I might add), love to shoot lots of different types of weapons from my collection (WAY not politically correct nowadays), love to read about the human history of this amazing planet, , and have been enamored for years with one more thing.

Hello, my name is Bill, and I’m a “flight simulations” junkie…there, I said it.

(Here’s a picture of me landing an F-16C at Creech AFB, NV…well, in my virtual world, I’m landing a Viper in Nevada…lol)

(The HUD view from within the machine. On localizer, on glideslope, on speed I might add…lol.)

I love to fly virtual flying machines, in virtual times/places, against and with virtual (and non-virtual) friends and foes, on the not virtual computer, on Al Gore’s internet. And have for the last 20+ years.

(and thus, the subject of my next “Logbook”)…

8 thoughts on “Getting Off the X”